Andrea Navedo possesses every role with passion and purpose 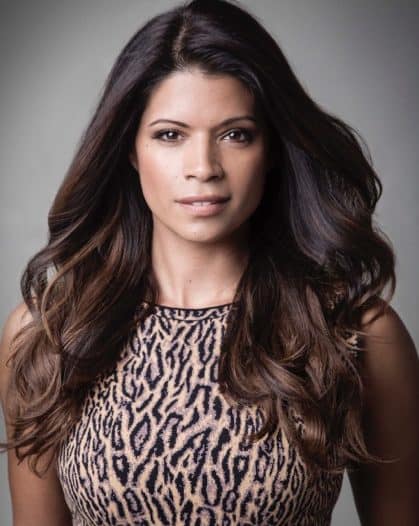 Award-winning Actress Andrea Navedo possesses every role with passion and purpose. She is easily recognizable from her role as the loving and outgoing ‘Xiomara Villanueva,’ (Jane’s mother) on the Golden Globe-nominated CW series, Jane the Virgin.

No stranger to television, Andrea had recurring roles on Netflix’s hit animated series, TrollHunters and Disney’s, Elena of Avalor  She also portrayed Debbie Dominguez on the hit HBO series, How to Make it in America and recurred heavily on the various Law & Order franchises. Andrea was recently awarded the Imagen Award for Best Supporting TV Actress as well as the Elizabeth Pena Breakthrough Artist Award at the HOLA Awards.

A Bronx native, Andrea divides her time between New York and Los Angeles where she lives with her husband and two kids. Passionate about children, she serves as a Board Member of  A Place Called Home in Los Angeles, CA. Moved and heartbroken by the condition of Puerto Rico, Andrea supports the VoicesforPuertoRico.com.

More than meets the eye, this Puerto Rican beauty stuns with both talent and compassion. Follow her @andreanavedo