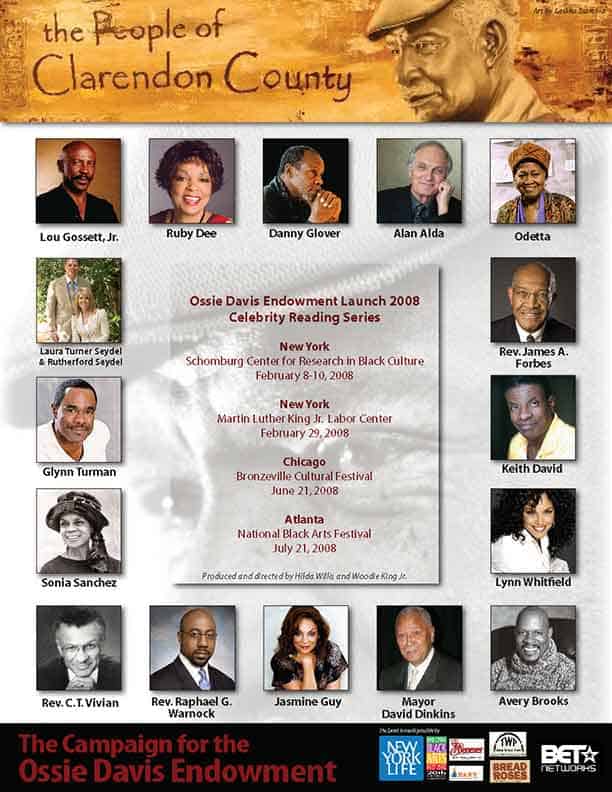 The passing of Ossie Davis was the falling of a great seed. At the time of his passing, DreamDevelopment clients Odetta and Clarence Jones, both contemporaries of Mr.Davis recommended DreamDevelopment lead the charge to take raise the Endowment.

When his colleagues decided to create an endowment in his name, my life was forever changed when I was asked to spearhead the initiative. Housed with the United Negro College Fund, the Ossie Davis Endowment pays homage to a great humanitarian and artist who was passionate about words and education. Ossie Davis walked from Georgia to Washington D.C. to attend Howard University.  It was with that same dedication that we sought to raise an endowment in his name. $500,000 and several scholars later his harvest continues.