The Legendary Odetta put the “f” in Folk Music 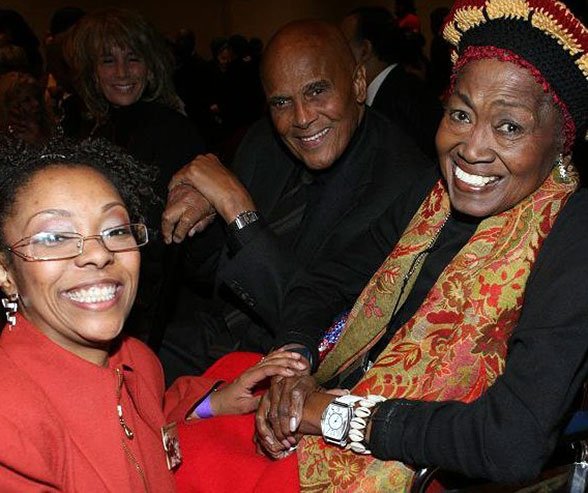 It was backstage at B.B. King’s. We were relaxing in Odetta’s dressing room after her performance. The door flew open. The producer announced that we should clear the room. Mr. Harry Belafonte wanted to greet his dear friend and sister-in-arms, Odetta. With steady and pointed words, Odetta replied “Let him come in. I am not ashamed of them.” And enter he did.

She then introduced me as one of her daughters.

Odetta was a  mentor, a friend, and a client. Our work together was both, personal and profound. She allowed me to be her “dream developer” helping her to “dream again”. When we met, she was mourning the loss of her sister. Ultimately I would work with her for several years, providing resources, being a liaison for both business and personal matters.

Her dream was to sing and so she did until her last breath.

I was both affected and infected by her person. Several years since her passing, I have only begun to realize that although I was helping her develop her final dreams, she was developing mine.